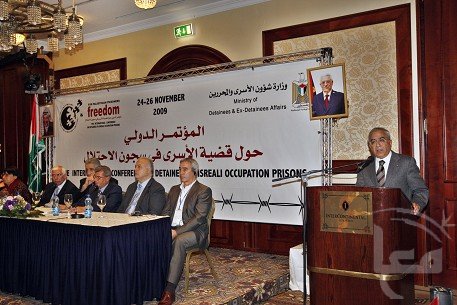 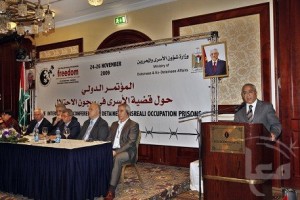 Jericho – Ma’an – Issa Qaraqe, the minister of detainees and detainees affairs, said on Thursday he would not sign a peace agreement with Israel until all Palestinian prisoners had been released from its jails.

Speaking at an international conference in Jericho on the plight of Palestinian prisoners, Qaraqe said children and women in Israel’s jails deserved the attention of the international community, which he urged to intervene.

He also alleged that Palestinians suffer widespread torture and medical neglect, that the issue was at the top of President Mahmoud Abbas’ agenda, and that there would never be a peace agreement with Israel that did not address detainees.