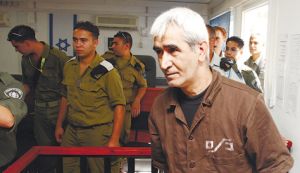 We, the undersigned organizations and individuals, call upon you to immediately take action in defense of the lives, health and rights of the over 11,000 Palestinian political prisoners held inside Israeli occupation jails. This number includes numerous elected members of Palestinian Legislative Council, among them Ahmad Sa’adat, General Secretary of the Popular Front for the Liberation of Palestine; Marwan al-Barghouthi, Fateh leader; Abdel-Aziz Dweik, Hamas leader and President of the Council, just freed after three years in prison, and dozens of other elected political leaders, in addition to thousands of other Palestinian activists, union members, community organizers, fathers, mothers, sons and daughters.

Palestinian prisoners suffer in conditions that violate international standards and norms, and are imprisoned because they refuse to accept a brutal occupation of their land and their people. Ahmad Sa’adat recently waged a nine-day hunger strike in protest of the policy of isolation and solitary confinement that has recently been escalated against Palestinian prisoners. Palestinian prisoners have been denied family visits, at times for years, denied access to all books and magazines, and denied even communication with their fellow prisoners in the isolation units. Palestinian prisoners, including Sa’adat, are currently denied necessary health care and medical treatment.

The fate of these 11,000 Palestinian political prisoners is a fundamental issue of justice. Palestinians, in Palestine and in exile, are denied their rights – to return home, to self-determination, and to freedom, and those who seek to secure those rights are subject to imprisonment, whether within the open-air prisons of Gaza under siege or the walled-in West Bank, or the jails of the occupation. The silent, and at times, active, complicity of international agencies, particularly the United Nations, in the denial of Palestinian rights must not continue.

We call upon you to uphold your responsibilities and exert all pressure to end torture, cruel and inhuman treatment of Palestinian prisoners, and to free every Palestinian political prisoner from Israel’s occupation jails.