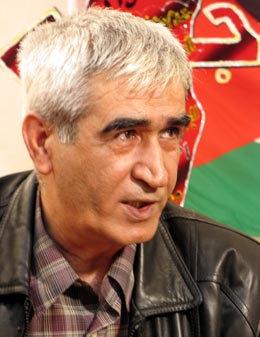 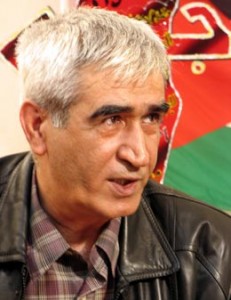 To start, I do not stand to defend myself in front of your court. I have already confirmed that I do not recognize the legitimacy of this court as it is an extension of the illegal occupation under international law, and as well as the legitimacy of our people’s right to resist occupation, and that this court is based on the British emergency laws of 1945 about which one of one of the leaders of the Zionist Labor Party said after their approval, It is one of the worst of the Nazi laws. He added, “It is true that the Nazi crimes committed did not reach the degree of crime of this legislation.”

So I stand to defend my people and their legitimate right to national independence and self-determination and return. These rights are guaranteed by international law and humanitarian law and the resolutions of the United Nations, as well as the most recent recommendations of the Hague Tribunal on the wall.

I defend the right of our people to peace and stability not only in this region, but also in the whole world. Security and stability can never be achieved in Palestine or in the region and the world as long as there is a policy based on the logic of the occupation and imposition of things on people, whether by force through military invasion or occupation, as in Palestine.

I stand before this court again today, as a mechanism for the suppression of our people and a tool of oppression, that is unable to end the resistance and is an example of the inability of the occupation and its policies imposed on the peoples to do so. If you review the files of the prisoners of the Zionist occupation of Palestine, you will find that many of the prisoners are held a second time or a third time, because this mechanism has failed to deter our people or our activists fighting for our rights.

The existing policy of the occupation and the logic of imposing by force will not bring security to Israel or other countries engaged in occupation. The main route to achieve security, stability and peace in the region is to end the occupation and the implementation of the resolutions of international legitimacy for the Palestinian cause, to provide a climate in which a democratic, peaceful and humane solution to the Palestinian crisis and the Arab-Zionist conflict is established from the roots is the only way to end violence and bloodshed.

Finally, I have already stressed in my previous statements from the so-called indictment, to the trial that has been formulated, and now reiterate the same position after your court concluded, that this is one-sided and farcical way to achieve its resolution under a mere image of a “court.” The convictions were known in advance, and pre-determined by the terms of the political and security mechanism, which is made “legitimate” by the court.

The essence of my position is that I am proud of the Palestinian people and their political and national resistance and their just struggle to achieve their national rights and also I am proud of the trust given me by the Central Committee of the Popular Front for the Liberation of Palestine, by electing me as Secretary-General, and I’m sorry that I have not yet been able to fully perform my duties, first: because of the detention of the Palestinian Authority and the loss of my freedoms to work for more than four years, and second because of this abduction, in which more than one party – the U.S., Britain and the Palestinian Authority – were complicit; and notwithstanding anything that could hamper you or force you, you cannot stop the struggle, along with my people, in whatever space of movement.

Long live the struggle of the Palestinian people!