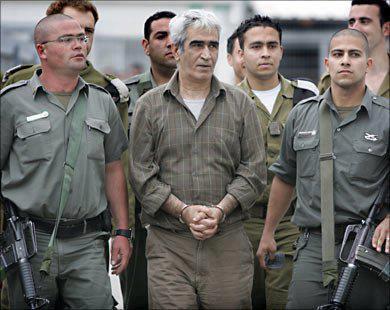 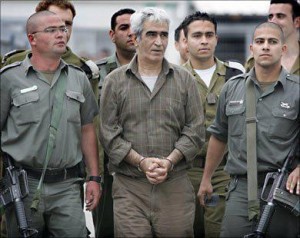 March 14, 2008 is the second anniversary of the siege on Jericho prison and the kidnapping of Ahmad Sa’adat and his comrades by the Israeli occupation army. On this date in 2006, the Israeli army laid siege for twelve hours to the Palestinian prison at Jericho holding six political prisoners. Israeli bulldozers and tanks attacked the prison while the Israeli military issued threats of assassination against the prisoners. This military assault caused the death of two Palestinians, the injury of twenty-three more, and the abduction of Ahmad Sa’adat and five other political prisoners from Jericho to Zionist prisons.

With his abduction, Sa’adat joined over 11,000 Palestinian political prisoners held in the depths of the prisons of the occupation, including many Palestinian national leaders and elected representatives.

For over four years, these men had been held in the Palestinian Authority prison at Jericho, under U.S. and British guards. Immediately prior to the Israeli assault on the prison, these U.S. and British guards abandoned their posts, clearing the way for the military attack. The U.S. State Department blamed Palestinians for the siege, stating that the democratically-elected Palestinian Legislative Council leadership had indicated its willingness to release these illegally-held political prisoners. Said Sa’adat in a letter to the Palestinian people after his abduction, “The Quartet [US, EU, Russia and UN] provide a cover for occupation. What happened in Jericho Prison has made the British and US governments an integral part of the conflict and forever buried any illusions in their neutrality.”

Since his abduction – a blatant violation of Palestinian sovereignty – Sa’adat’s trial has been repeatedly postponed and delayed. Israeli Attorney General Menachem Mazuz admitted shortly following the abduction that there was insufficient evidence to indict Sa’adat in the assassination of extreme racist Israeli minister Rehavam Ze’evi in 2001, an act of retaliation for the August 2001 Israeli murder of PFLP General Secretary Abu Ali Mustafa. Instead, Sa’adat was indicted on a wide array of political charges in a hearing on March 28, 2006 at Ofer Military Base in Ramallah.

Sa’adat has consistently and repeatedly refused to recognize the legitimacy of the illegitimate court; his lawyers have petitioned for the charges to be dropped, as they are clearly politically motivated and the court itself is illegitmate. His trial has been repeatedly postponed, from May 2006, to September 2006, to January 2007, and now through March 2008. With each hearing, Sa’adat’s courageous refusal to recognize in any way the illegitimate court – refusing to stand for the military judges, issuing statements exposing this mockery of justice, and refusing to deal with the military courts or interrogators – stand in clear contrast to the system of occupation and oppression represented by the military courts, exposing its bankruptcy and illegitimacy.

Sa’adat’s abduction made clear the full participation of the U.S. and British governments and their full complicity in the crimes of the occupation against the Palestinian people. Indeed, his case is a paradigmatic example of the continuous war waged upon the Palestinian resistance, using any and all mechanisms available on an international level to repress the struggle of the Palestinian people for liberation.