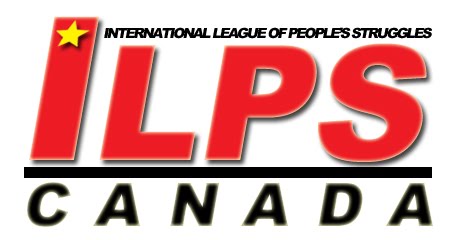 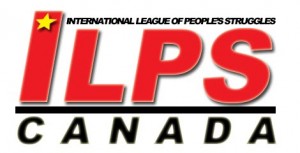 On the occasion of the International Day for Solidarity with Political Prisoners and Prisoners of War (December 3), participating organizations of the ILPS in Vancouver join the call for freedom for Ahmed Sa’adat. Sa’adat, the Secretary-General of the Popular Front for the Liberation of Palestine, was kidnapped by Israeli Occupation Forces in March 2006, and is being tried in an Israeli military court on charges of being a member of a banned organization and holding a post in an illegal organization.

The real motivation for jailing Sa’adat is his leadership in the Palestinian struggle for national and social liberation. Since 1967 the Popular Front for the Liberation of Palestine has been an active part of Palestinian resistance and a stalwart defender of the right of all Palestinian refugees to return to their homes and lands throughout Palestine. In 2001 Sa’adat was elected Secretary-General of the PFLP following Israel’s assassination of previous leader Abu Ali Mustafa by rocket attack. Under his leadership the PFLP was an active participant in the Al-Aqsa intifada (uprising) against the Israeli occupation.

Sa’adat is just one of over 11,000 Palestinian political prisoners held in Israeli jails including hundreds of women and children. Over 25% of all Palestinians living in the West Bank and Gaza since 1967 have been held as political prisoners or ‘administrative detainees’ (another form of politically motivated detention) at one time or another. Israel holds these prisoners as part of a strategy to defeat Palestinian resistance to its policies of occupation, ethnic cleansing and apartheid.

No jail cell can contain the Palestinian people’s just struggle for national and social liberation. As democratic and anti-imperialist organizations in Vancouver, Canada, we condemn the labelling of people in struggle for liberation and justice as criminal or terrorist, and we join the growing international call for freedom for Ahmed Sa’adat and all Palestinian political prisoners.