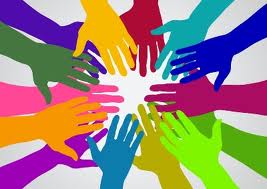 The Arab American Union Members Council in the United States sent, on August 1, 2007, a call to action for Palestinian prisoners. Monadel Herzallah, of the AAUMC, called upon people of conscience in the US to take action in support of Palestinian political leaders, citing U.S. support for Israel as a “slap in the face” to workers, who are denied basic rights and needs while their tax dollars go to support the colonization of Palestine and the imprisonment of Palestinian leaders and political activists. The statement follows below:

“Israel has recently released a few hundred people from it’s prisons. Over 650,000 Palestinian men have been locked up in Israeli prisons at some point in their lives (Gideon Levy in Haaretz) – over 40% of the male population in the occupied/colonized territories. Israel stripped the native Palestinians of most of their land leaving 5 million people as refugees or displaced. Israel impoverishes the remaining Palestinians and squeezes them into large concentration camps behind high separation walls including the true leaders of all rank and file working people. Israel persecutes Palestinian leaders, labor and political activists to undermine the Palestinian people’s political activities.

We call upon all union members, leaders, activists, friends and supporters of justice in Palestine, to support our campaigns to free all Palestinian Prisoners held by the illegal occupation in all Israeli jails including, but not limited to, the elected leaders – Husam Khadir, Marwan Al Barghouthi and the Palestinian National leader Ahmad Saadat. Saadat is courageously facing the racist Israeli court starting today, August 1st. Many days of court sessions will follow.

Please check out the web site below and take action NOW.

Occupation, repression continue. Recent increased promises of economic and military aid to Israel, with George Bush claiming to bring stability to the Middle East, is really a reward to the apartheid state of Israel. The billions of dollars spent are also a slap in the face to working families in America who are denied a basic health care system, and decent educations in the richest country in the world.