Home Campaign Statements Barakat: Security cooperation will fall due to the will of the Palestinian...
Facebook
Twitter
Google+
WhatsApp
Print
Telegram
VK
Viber 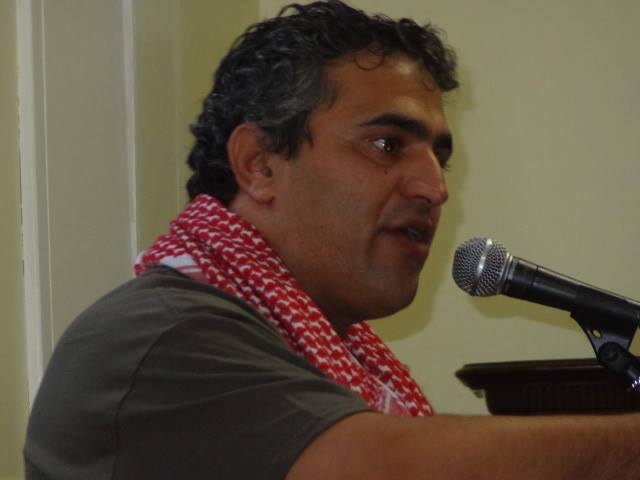 The Campaign to Free Ahmad Sa’adat has called for a broad popular, political and media campaign in Palestine and around the world against the policy of security coordination and political arrests by the security agencies of the Palestinian Authority. The Campaign has called for a day of action on January 15, 2015, the 13th anniversary of the abduction of Ahmad Sa’adat, to demand accountability for this crime against the political and national resistance.

“The continuing policy of political arrests of the Palestinian Authority is aimed at the Palestinian resistance, serves the Zionist enemy, and imprisons Palestinian fighters. This is a national crime and those responsible must be held accountable,” Barakat said.

“Those who defend the policy of security coordination with the Zionist occupier or justify these dangerous policies are implicating themselves in a crime against the Palestinian people,” Barakat said. “This is regardless of the flimsy justifications and pretexts that are sometimes used by defenders and supporters of the Palestinian Authority in the media and security forces, sometimes claiming that political imprisonment is a protection from assassination, and other times arguing that these are not political arrests but the implementation of Palestinian law.”

Barakat urged Palestinians inside Palestine and in exile and their supporters to work hard to organize on popular, political and media levels against political arrests, whether targeting the Popular Front or any Palestinian resistance faction in Palestine.

“The Palestinian people are the ones who will impose a new reality for everyone. The Palestinian masses alone will liberate the political prisoners from the prisons of the Palestinian Authority and bring an end to security coordination – and restore true national unity on the basis of Palestinian national constants and the continuation of the resistance project,” said Barakat.