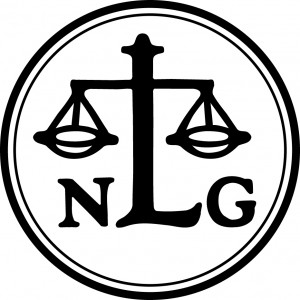 The National Lawyers Guild calls for the freedom of Ahmad Sa’adat and all Palestinian political prisoners on the occasion of the November 25, 2008 meeting of the Israeli military trial against Sa’adat.

Ahmad Sa’adat, the General Secretary of the Popular Front for the Liberation of Palestine, has been imprisoned by Israel for over two and one-half years, after being abducted from the Palestinian Authority prison at Jericho on March 14, 2006 during a 10-hour siege by the Israeli military.

Sa’adat is currently facing a military trial for 19 political offenses. Meetings of the military court on these charges have been repeatedly delayed and postponed; it often meets for one day and does not reconvene for periods of up to three months before continuing.

On November 25, 2008, Sa’adat faces a hearing of the military court in his case. The prosecutor has stated that there is no further evidence against Sa’adat, and his case is expected to be referred to sentencing. Sa’adat has refused to recognize the legitimacy of Israeli military courts to try him or any other Palestinian political prisoner. He has refused to speak in court except to make general statements to the Palestinian people calling for national unity and upholding Palestinian rights.

Over half of Palestinian prisoners have never been tried. Those Palestinian prisoners and detainees who are tried are brought before an Israeli military court, which is presided over by three judges, only one of which is required to have any legal training.  These courts serve as a function of the illegal military occupation, and thus can never provide a legitimate or fair trial to Palestinian political prisoners.

On the occasion of the November 25 hearing, the National Lawyers Guild reiterates its call for the immediate freedom of Ahmad Sa’adat and all Palestinian political prisoners and detainees.

The National Lawyers Guild supports the call of the Campaign to Free Ahmad Sa’adat for actions, events, and statements in support of Sa’adat and Palestinian political prisoners.

Founded in 1937 as an alternative to the American Bar Association, which did not admit people of color, the National Lawyers Guild is the oldest and largest public interest / human rights bar organization in the United States. Its headquarters are in New York and it has chapters in every state.